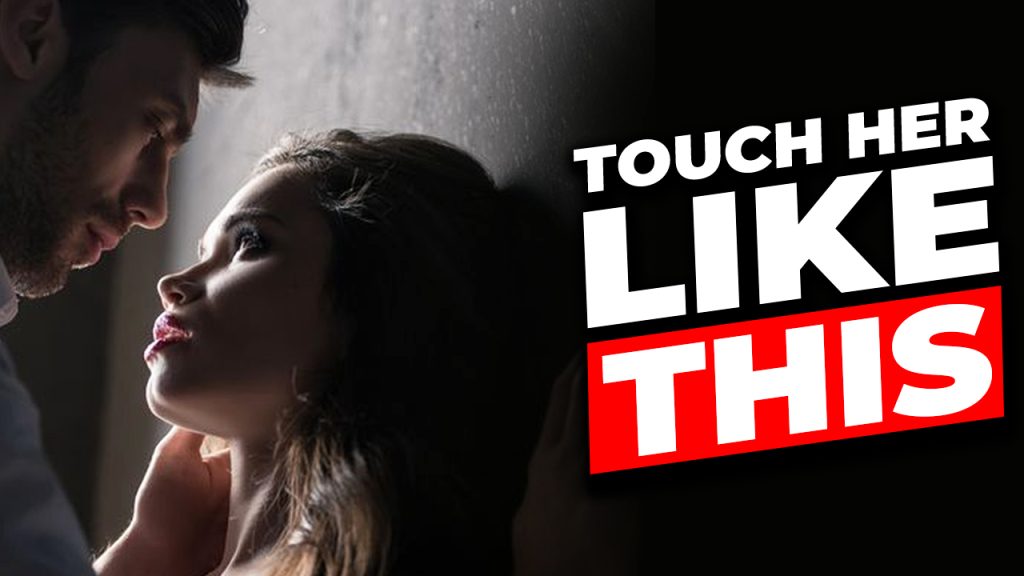 The Keys To the First “Touch”

To touch or not to touch.

It isn’t so much a question as it is an issue.

Most of us guys know we should be touching women we find attractive, yet an overwhelming fear prevents us from bridging that physical gap. Whether we’re afraid women will reject us, see us as “creepy,” or just not reciprocate, often we simply forgo any sort physical contact, especially with women we just met.

Unfortunately, this is why so many guys find themselves in situations where girls just see them as a “friend,” where attraction suddenly fizzles, or where the girl leaves them for a touchier dude.

I’ve wanted to write on touching for a while, however the way I touch women has become so ingrained and normal that I rarely take notice of what I’m actually doing.

In fact, that mindset is the foundation of attractive touching: don’t over complicate touching women!

It should be something that is completely normal to you.

That means you touch her freely when she’s close and the opportunity arises, but you don’t feel compelled to force a touch if you’re in an awkward position (e.g., she’s standing a few feet away from you, she’s sitting across a long table).

Pointers for Touching a Woman:

Although it does help to have a few guidelines to ensure your touching is attractive, not creepy.

So, I went on two dates this week and consciously examined my “organic” touching, finding I rely on 4 key “moves” to bridge the physical gap between myself and an attractive girl. Here they are:

Whenever you’re standing next to a girl, there’s that lingering awkwardness of trying to close the gap. This is especially palpable when you’re walking a short distance with a girl (e.g. from the bar area to a place to sit).

Whenever I find myself shoulder-to-shoulder with an attractive girl, I automatically go for “the scoop.”

I have to credit my boy Zack Bauer for coming up with the name, but the concept has been around since man evolved elbows. Essentially, you snake your arm around a girl’s back and (lightly) cup her waist with your hand.

While boyfriends scoop their girlfriends without thinking, you too should scoop girls you just met without thinking. For whatever reason, women feel safe and protected when a man goes for the scoop as if it’s a reflex, even if she just met him.

The best moments to go for a “scoop” are:

The old handhold is nothing new, however, there are some innovative ways to use it.

Rather than treat holding hands as if you were living in the 1950s, exploit the intimacy of the gesture. Holding hands attractively depends largely on the transition before the actual handhold.

Therefore, avoid an awkward handhold by making it totally obvious your only intention is snaring her hand. Instead, let the “connection” happen organically, allowing your hands to linger after a spontaneous touch.

Such moments of spontaneity could come:

People have a natural inclination to want that sort of “touching” to continue, so she’ll be happy to hold you hand.

Again, don’t be creepy, weird, or old fashioned about it. Hold her hand for a minute (tops) and then release it.

You don’t want to let any touch go stale and become awkward.

A variation on the handhold, “the lock” is a more intense move.

Rather than simply holding a woman’s hand, you actually close your fingers over hers. This lets you “spin” her (if that’s your thing), pull her into you, or do anything else that requires you “take the lead.”

Since “the lock” is so similar to the handhold, you can use it in the same opportunities.

Some other good times to use “the lock,” are after a high-five or any other seemingly “fun” gesture.

If you’re looking for ways to transition a “fun” date into an intimacy, definitely try “the lock.”

Every week or so, I get an email from a guy asking how to touch a woman when she’s sitting across a table from you. I can understand where these guys are coming from, as I once wondered the same thing.

After a couple botched dates, I stumbled upon a simple way to touch a woman without coming off contrived or creepy: the stroke.

Essentially, this sort of touch plays on the pleasure-looking nerves that run up a woman’s underarm, wrist, and (most of all) palm.

The move itself is simple: lightly graze your fingernails up and down her arm, from her inner elbow to the tips of her fingers.

The finesse, however, lies in how you initiate such a sexual touch.

To begin “the stroke” lay your own arms flat across a table, palms up. Without fail, women will reflexively lay their hands over yours. Once you’re lightly holding hands across the table, slowly flip her hand over. Now her arm should be lying flat against the table, palms up.

From there, lightly graze her arms in a relaxed, rhythmic motion. Don’t draw attention to “the stroke”, simply move your fingernails up and down her arm as you continue to converse with her.

“The stroke,” like the other 3 touches, will unconsciously get her accustomed to your touch and her attraction for you will develop organically (as if “it just happened”).

Before either of you realize, you’ll have established a physical relationship without even thinking of it.

THIS Is How to Touch a Girl On a First Date