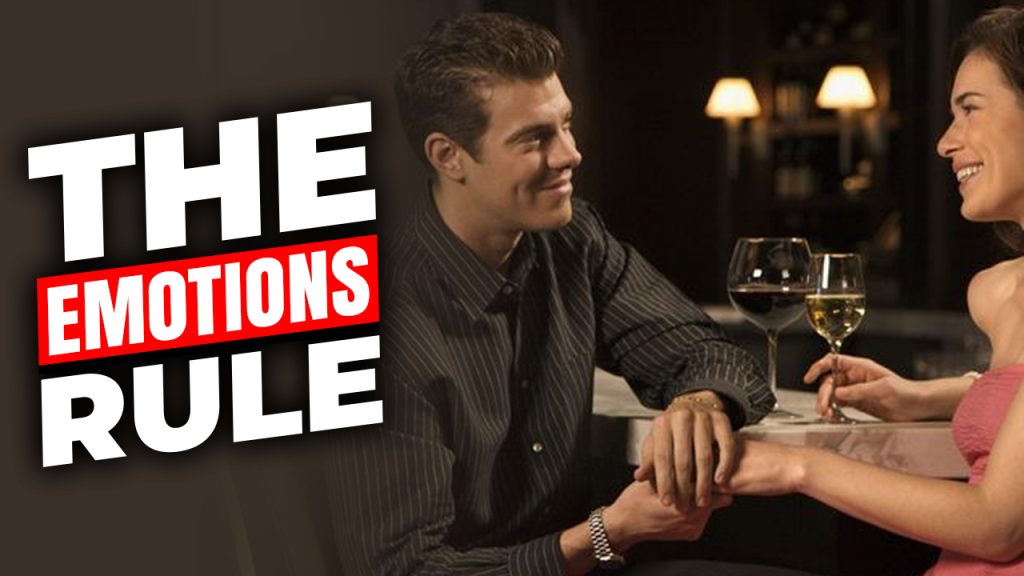 Do you know what that means?

Unless you can read French, I could have typed “dkljdsklj dskljdsjfsklj kjsdkljdslfsjl” and it would have just as much meaning to you.

Your eyes would just glaze over and the words would have absolutely no impact.

This holds true when you speak to women.

While you may converse with her in English, if you don’t speak “woman,” then much of what you say will not register with her.

Now, let me pause for a moment and clarify that I’m not advocating you speak to women as if you were a woman, nor am I saying you should try to be something you’re not just to make a woman like you.

Instead, I’m simply advocating that you understand the “language of women” so that you can better communicate with them.

Since the entire point of having a conversation is to communicate, I know my message is best communicated when I understand the “language” of who I’m speaking with.

When men speak with one another, our communication-style is usually logical and fact-oriented.

If I were to tell a guy friend a story, I’d focus on the “who, what, where, when” of the story.

If I started getting all gushy and emotional, I’d probably bore my masculine listener.

With women, however, that’s not the case.

If I were reciting a story to my girlfriend, I’d translate the facts of my stories into feelings.

For example, I wouldn’t just tell my girlfriend, “I ate a bagel this morning.”

I would describe to her the experience of eating that bagel.

Now, the bagel example may be a bit absurd, but I hope it drives home the point. Rather than just listing facts of my day, I’m translating those facts into emotions.

The easiest way to become a good “translator” of woman-speak is by asking yourself:

“But how did it make me feel?”

If you state a fact, and you want to translate that fact into “woman,” then answer the question: but how did it make you feel?

You may have only eaten a bagel “but how did that bagel make you feel?”

Again, this exercise isn’t intended to make you neurotic. You don’t need to become Mr. Emotional Translator for everything you say.

However, keeping this simple tip up your sleeve can work magic on a date, or whenever you’re conversing with women.

If you find a woman becoming bored or disinterested in what you’re saying, it’s probably time to start speaking her language.

Ask yourself “but how did it make me feel?”

As you answer your question out loud, you’ll find women perking up, paying closer attention to you, and better understanding you.

This Injects “Emotion” into a Conversation

Why Speaking Her Language is Attractive

Most guys never consider the “communication breakdown” that happens between men and women.

All too often, guys just converse with ladies as if they were pretty men with vaginas. And then we act surprised when we aren’t dating our dream girl or not enjoying the love life we want.

If you want to augment your attractiveness, converse with women in a way that makes sense to her.

If you can sprinkle some emotion into your conversations, you will demonstrate you “understand” her. Not only that, she will feel an “instant connection” what’s otherwise known as chemistry.

It will be as if she”s a French tourist, lost in America and can’t speak English. As every other guy tries to give her directions in English and then gets frustrated when she can’t understand, you’ll be the one person who can converse with her in a way that makes sense.

And when you tell her, “Ton corps est mon tre’sor. Je te de’sire” she will understand exactly what you mean.