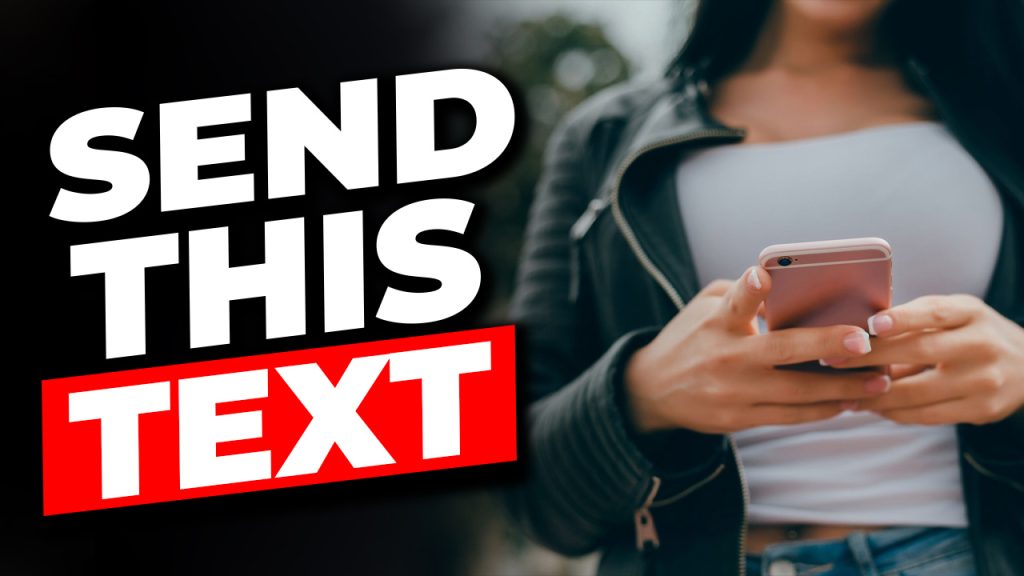 6 Texts to Send When a Girl Doesn’t Respond

You’re flirting with a girl who you’ve just met. Maybe you’re just communicating through regular text messages, or maybe through a dating service like Tinder or OkCupid.

Then, you send a message, and it goes unanswered.

At this point, a lot of guys would just say,  “move on, don’t bother trying to get a hold of her again.”

Which to be fair, isn’t terrible advice.

If one of your buddies offers up that as a solution, he’s well read in basically telling you to not get played out or hung up on some girl who is flat out not interested.

That dude only has your best interest in mind.

However, I would submit that just because a girl doesn’t respond to your last message doesn’t mean that you no longer have a chance with her and that the entire thing is unsalvageable.

But I would review previous texts she said, and see if you can decode her interest level through her texts.

This is especially true in cases when you’ve had some great rapport and she seemed reasonably interested, and then she just dropped the conversation- seemingly for no reason.

Sure, some cases are more suspect than others.

For example, if the last text you sent was one asking her out on a date, that’s not a great sign in your favor.

2 Points to Remember When Texting with a Girl

But there are two things you need to realize and accept in these circumstances:

#1:  The woman on the other end of your magical digital device is a living, breathing person- with a life and many, many messages being slung her way every minute of the day.

So it’s more than reasonable to believe that your message might have gotten lost in the mix or that she just got busy with something else entirely. Or both.

#2: You have absolutely nothing to lose, ever, by taking a shot.

Especially at this point, the only thing that will guarantee that you never sleep with this girl is giving up. You have everything to gain by reaching out again.

So, decision to reach out in order to salvage your chances with this girl having been justified, what are the rules in doing so?

Obviously a day or two has to go by before you can safely confirm that your message was not responded to.

Normally the two to three day rule is complete crap, and I usually say to throw it out the window.

However, in this circumstance, you actually will want to wait two to three days or so.

Excluding weekends. So if you text her on a Friday and she doesn’t get back to you, you’d be messaging her on the next Tuesday at the earliest.

More important than the length of time you wait is when you choose to send the message.

Which is why weekends are off limits- they create a greater sense of desperation on your part.

Tuesday through Thursday works best, especially in the middle of the day. There’s a form of spontaneity and surprise to your message- making it and you unique and therefore valuable.

When you do reach out, do not ever, ever seem hurt, offended or vulnerable about her lack of correspondence.

Yes, her not getting back to you is the elephant in the room, and you can mention it in some way (in fact, we’re about to have some fun with that in just a minute).

But what you want to avoid are boring, needy sounding phrases.  (in fact, model one of these 7 attractive texts you can steal)

Instead, you want to keep your tone playful, flirty and upbeat.

You could bring up an out-of-the-blue inside joke and play it much like an opening text, but I prefer to have a little fun with it, as mentioned before.

True story, I actually used that last one on my current girlfriend, before our first date, when she didn’t get back to me for two days.

When we met we instantly played out the whole “let’s go get married right now” role play and had kept it as an inside joke, so when she didn’t respond for the first time, I came up with the whole marriage councilor gag (something we had also incorporated into our banter).

She had stood me up on two dates before, and when she didn’t respond- the last text I had sent was asking her out for a third time.

So needless to say, it looked like I was pretty dead in the water.

But I sent the “recovery text” anyway.

When she responded, she explained that she had taken off on a spontaneous camping trip with some girlfriends (accompanied with pictures from said trip- this is a common occurrence when you live in Vancouver, just a stone’s throw away from the Rocky Mountains).

After I sent that text, we finally went on our first and have been together since.

So remember, it never hurts to take a chance.